PLAYERUNKNOWN’S BATTLEGROUNDS: The Resurgence of PC Development in Korea 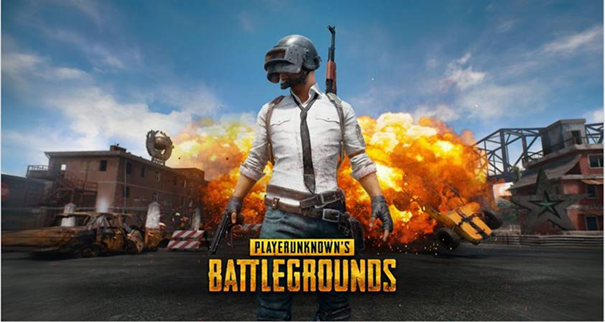 I have just escaped from the others and I am halfway across the yard when the walls start closing in. A round electric field appears behind me, chasing at my heels as I run for my life. Having just escaped a group of enraged players back at the compound, I was now about to face my death from wounds slowly inflicted by the game itself. And all of that cause’ I could not reach the safe zone that was marked by a white circle on the minimap in time. I ran and ran, but the electric field continued to follow me until it sapped the last remains of my strength…At least it was an interesting way to end this round of the game.

This is PLAYERUNKNOWN’S BATTLEGROUNDS (PUBG), the new ‘Battle Royale’ game from Bluehole and Brendan Greene, creator of the popular Battle Royale model for ARMA 2’s DayZ MOD and later ARMA 3. Brendan’s idea was licensed by Daybreak and eventually became H1Z1: King of the Kill, which has sold nearly six million copies. PUBG has staked its claim as one of the best-selling and most-played games on Steam. However, at the beginning, no one even dreamed of such success, as the environment for PC game development in Korea has gone stale, with many companies working with a small budget to develop mobile games in a short period of time.

The focus on mobile games did not discourage the team at Bluehole to follow their plan to create a competitive online PC game. The team reached out to Coherent Labs hoping to build a long-term partnership. Bluehole and Coherent Labs joined forces to show that PC development in Korea can be successful and together they have encouraged many game developers to create PC games in the years to come. 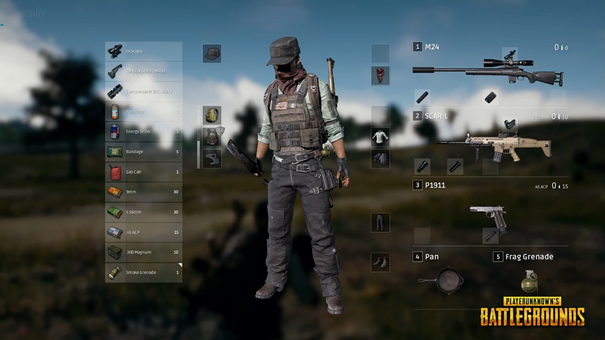 As we worked together with Bluehole, we found that the HTML5-based UI empowered by Coherent GT, was the best user interface solution for PUBG’s development. PUBG uses Unreal Engine 4 and our UE4 plugin enables the developers to start working and iterating right away. The Bluehole team has experience working with flash-based technologies, so they could quickly adapt to the newer and more flexible approach Coherent GT enables. Swift support response times and direct communication with our developers ensured that they are using the most optimal approach for their UI.

PUBG’s central premise is a simple one to follow. The game starts with 100 players being dropped from an airplane onto an island with the sole purpose of being the last man standing. The gameplay is extremely competitive as players do not start with any equipment, so they need to search for supplies in buildings or from players they have killed. They must travel to safe zones indicated by a white circle that gets progressively smaller and harder to reach as the game unfolds. If you have seen the Hunger Games, you kind of get the gist of it. These straightforward rules explain why the game has been so successful on Twitch.

The short duration of the game keeps it exciting and is a good way to relieve stress. With its realistic features, the game helps users get comfortable in no time, providing quick navigation and orientation that is vital for success in the game. By using transitions and animations, the UI delivers a smooth player experience. 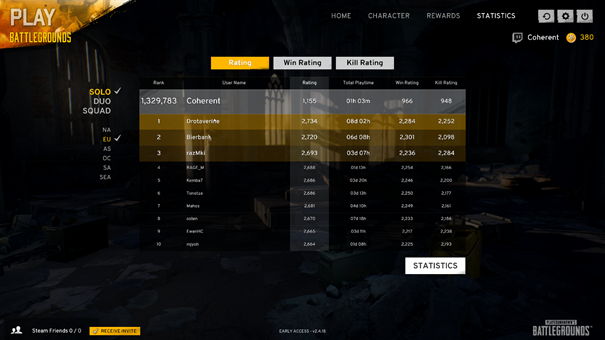 The leaderboards and statistics screen uses Coherent GT and can almost instantly populate the elements with the latest player data with Coherent GT’s binding system. 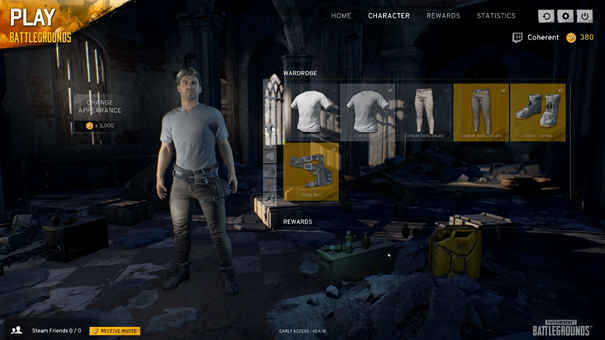 The advantages of the UI continue in the character customization, which may be used by the player as a stealth strategy or as a fashion statement. Seeing all of your gear and what is currently equipped speeds up the switch between the two approaches to customization. 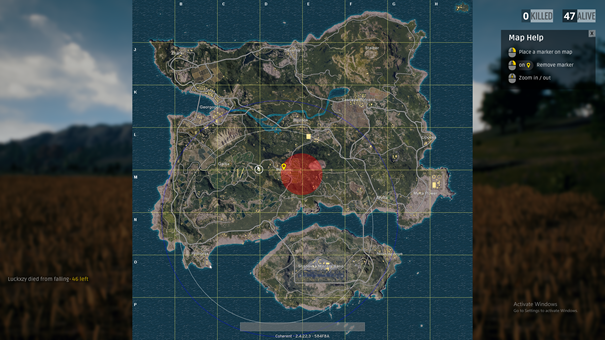 The large map represents the playing field and critical information for the players. Zooming in, you can see smooth roads and detailed representation of strategic objects, where players can find resources to help them stay alive. 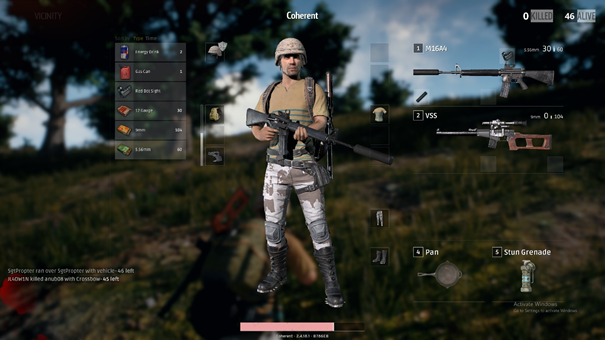 The inventory system allows for drag and dropping gear, weapons, and upgrades. When selecting an upgrade module like a scope, every compatible slot is highlighted to allow for faster advancement and more action on a merciless battleground. In contrast to other similar games, players are not required to stop in a middle of a chase to check their inventory and gear. While the feature is opened, the rest of the world is blurred still allowing users to move. When the navigating map or swapping upgrades, the players can still see the blurred game world and move around to keep up with the action.

If all of this sounds interesting to you, check out the game on Twitch or better yet, get it on Steam and see if you can be the last man alive!

In the meantime, check out Coherent Labs’s site: http://coherent-labs.com/ and see what else is powered by Coherent GT!