Join us on an amazing adventure in Realm Explorer!

We always try to introduce you to talented game developers from our community working on amazing games. Today we would like to present to you Matthew Kronyak-one of the two people behind Realm Explorer. Realm Explorer is a massive multiplayer sandbox game. The gameplay takes place in the fantasy world of Gnostaria. You are an explorer who can dig and modify the terrain, gather resources and use them to craft weapons, items and build cities. At the moment, the game is at closed alpha but you can get it through the game website.   Matthew is one of the early adopters of Coherent UI technology. We wanted to catch up with him and to learn more about Realm Explorer. Here is what he told us: Billy:How did you come up with the idea of Realm Explorer? Matt: It’s hard to believe, but the idea for Realm Explorer originated over 10 years ago. The high-level idea was that players could dig and modify the terrain and craft items from the resources they gathered. Fast forward to 2009 and Minecraft makes its first appearance. We definitely weren’t imagining a block world like Minecraft but the general gameplay of Minecraft is actually surprisingly close to the idea I remember from all those years ago. With 10 years of extra programming experience under my belt, significantly more powerful computers, more advanced game development tools and more accessible game engine technology now available the possibility of turning the dream into the reality of Realm Explorer started coming into view. 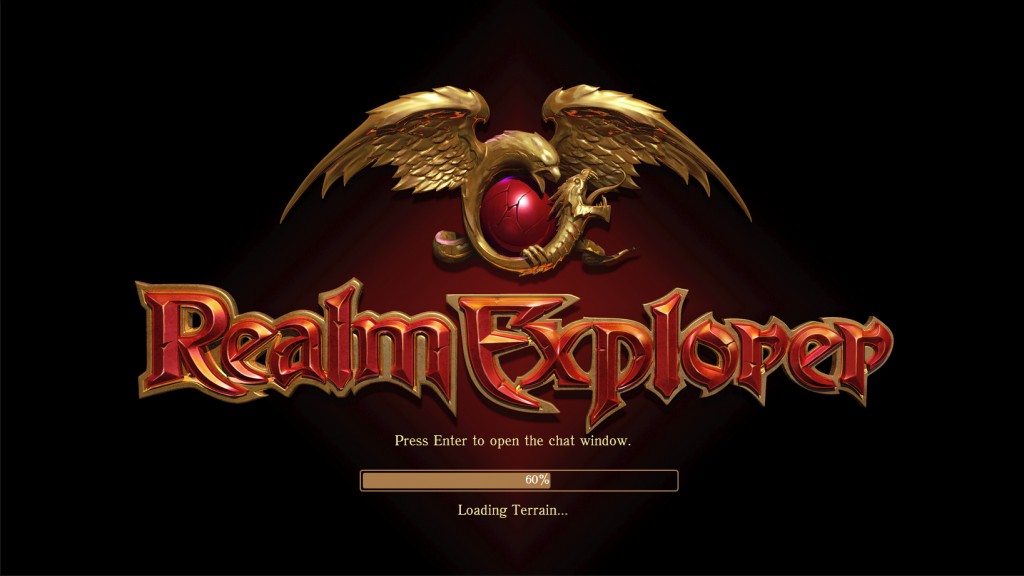 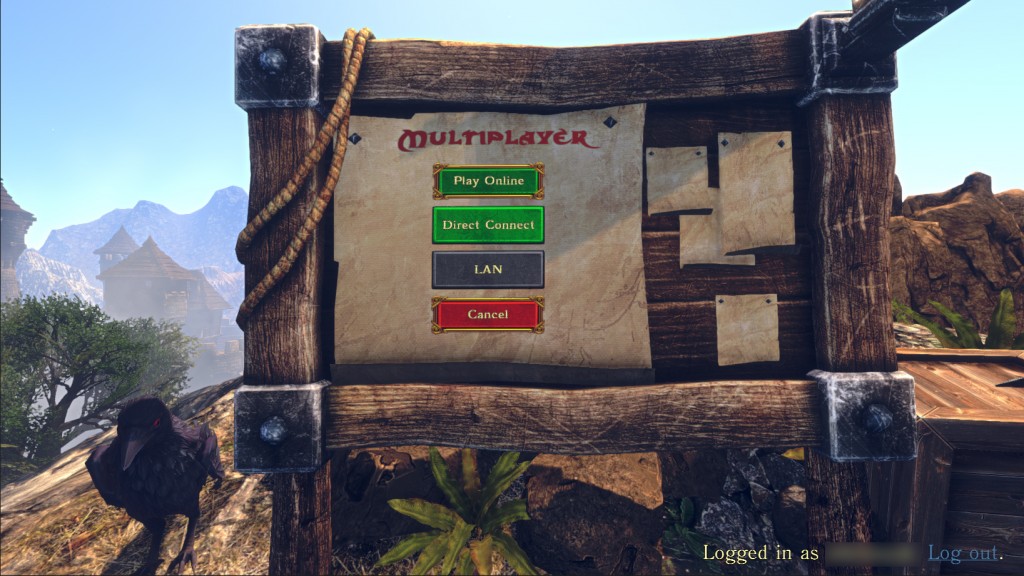 Billy:What is the story behind the team? Matt: We are a small indie team but we take a professional approach to how we develop games. Our core team is simply two main game programmers — myself and my development partner Charles — along with a few regular contractors who we have worked with over the past few years. We have a great relationship with our art director Yaroslav who helps with a lot of the technical art tasks and in finding the talent we need for any specific art projects. We’ve also worked with a brilliant terrain engine programmer, Thomas, who has helped take work on the terrain side to levels I didn’t think were possible. Billy:Why Realm Explorer is unique? Matt: As a stand-alone game Realm Explorer is perhaps among the most advanced voxel-based sandbox RPGs presently in development but at its core it’s also a make-your-own-multiplayer-RPG engine that modders of all experience levels can immediately jump into and start expressing themselves with. On the surface the most immediate thing that people will notice is that we have smooth, beautiful voxel terrain with lush foliage, dense forests and realistic flowing water. Because the terrain is voxel based it also means that it can be modified in real-time by the players — terrain can be dug out, water re-routed, caves excavated and hills flattened all wrapped up in a satisfying visual and audio experience that makes the world come together. 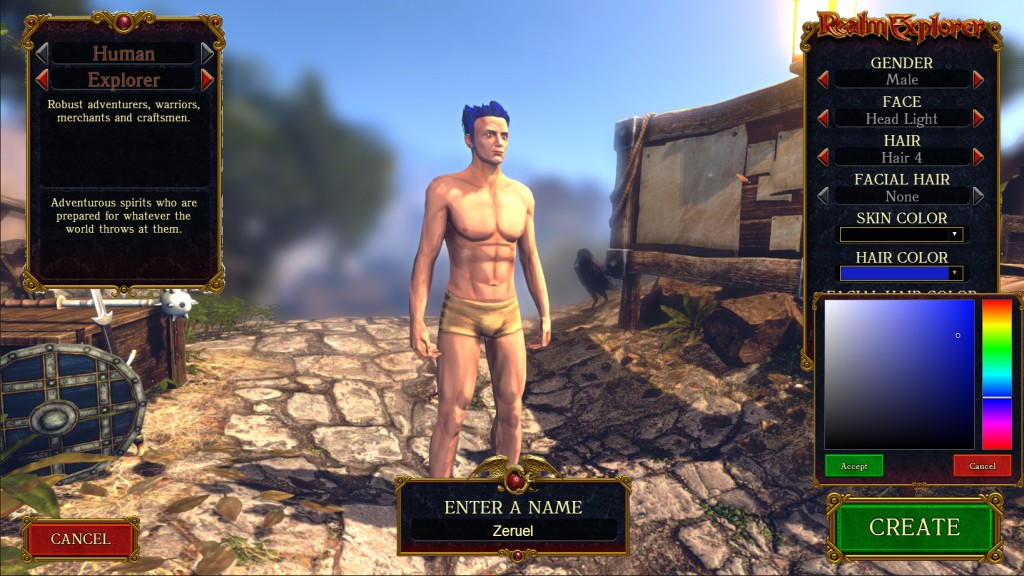 Pick up a character (man) 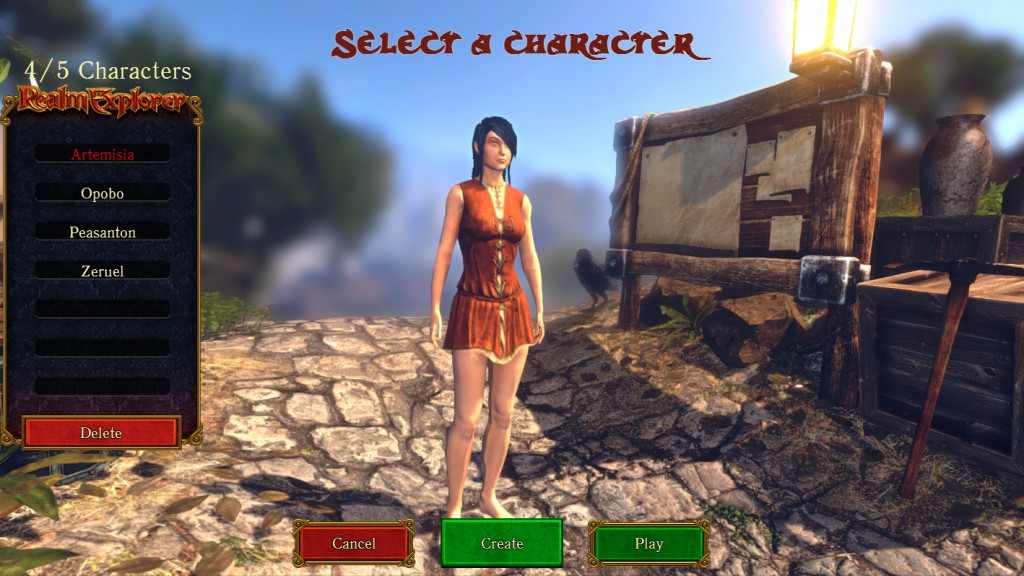 Pick up a character (woman)

Beneath the stunning visuals of the world we’ve worked so hard to bring alive exists an advanced multiplayer RPG engine that we’ve developed and that is fully moddable. Virtually every aspect of the game can be completely customized. Players are free to modify combat rules, craft recipes, item properties, terrain, character qualities and skills, item interactions, farming and plants, global world simulations. Even custom UI packages can be shared among players with an easy in-game option to switch between UI skins. Billy:How did you decide on the game engine? Matt: Right now we are using Unity 3D which we’re all very happy with. Previously, we worked with the Torque game engine but we found it to be fairly difficult to work with. Eventually, after Garage Games initially closed shop, we started looking at other options and took a second look at Unity. Billy:In what way Coherent UI helped your team? Matt: We had worked through the standard Unity GUI and other 3rd party GUI development tools and found them to be lacking. 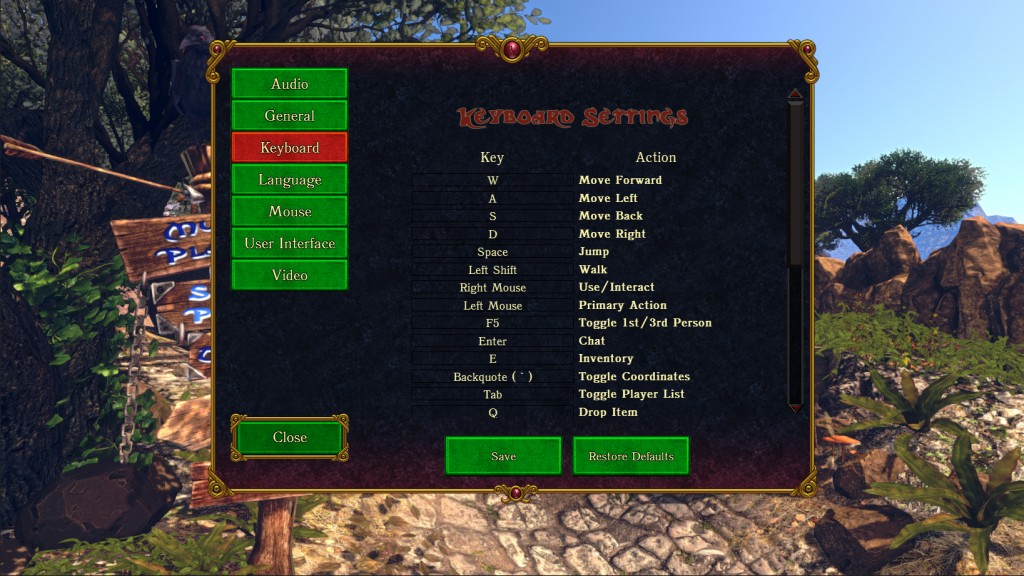 Coherent UI offered something we hadn’t seen in any game before. We didn’t need to learn anything new about how to draw something on the screen. The easy, seamless integration between Unity and the game UI enables us to rapidly extend the UI. The UI being in a different language provides a very clear and clean separation between the two systems. In addition, it makes modding the UI for players trivial as well. There are players who haven’t heard of our game that already know how to mod it — that’s exciting. There’s no niche development here either. The vast online community for web developers offers a very easy way for aspiring modders to ramp up quickly. Billy:How many people play the game at the moment? Matt: Currently there are just over 2,000 activated users in our limited alpha release. We have deliberately kept the focus on a smaller target audience until we get the game to a state that we think will be most enjoyable to the most people. Billy:What was the most challenging part till now? Matt: The challenge came after Dreamhack 2012 when we came to the realization that for the scope of what we wanted to do we needed a much more flexible system than what we had developed in that time. We spent a few months spinning out weekly builds with big features, but ultimately we decided that we needed to develop a much larger game development framework and we spent a year doing that with no releases. We caught a lot of flak from our very dedicated player base during that time and it was difficult to deal with the comments we were seeing. We powered through that however and have since been releasing patches every 2-4 weeks since the re-architecture patch was released in July. 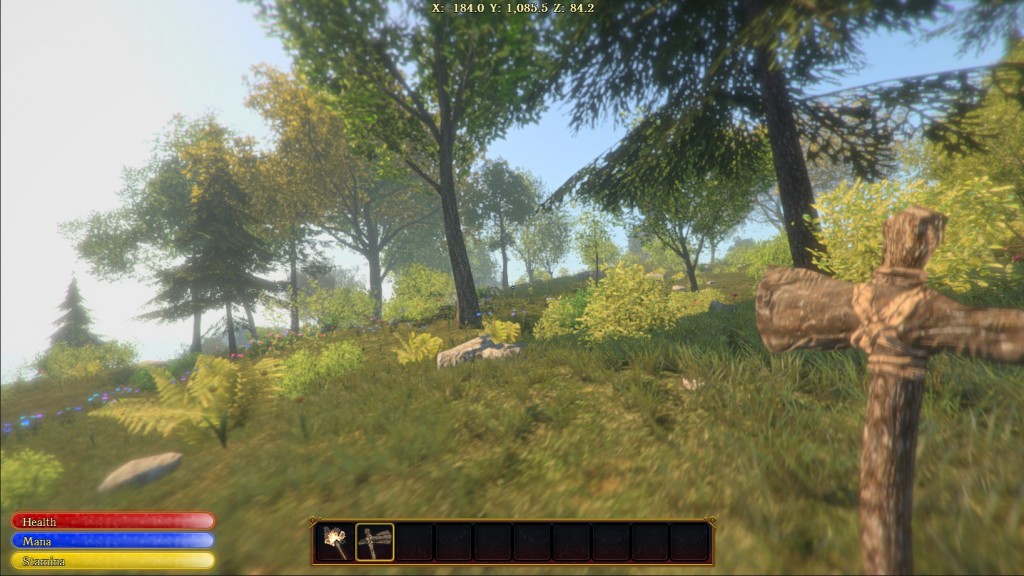 Billy: what is the next step for you? What your fans should expect? Matt: First of all I would like to thank our loyal fans — many who have stayed with us for over a year now as we’ve worked towards the next big stage of the game. The feedback, comments, bug reports, ideas, screenshots and videos have been an inspiration and really helped keep us motivated to complete the game. We have a lot of new content that has been in the works behind the scenes for several months now that will become available to our alpha testers soon and we’re currently on track to move into a larger beta process in the coming months. 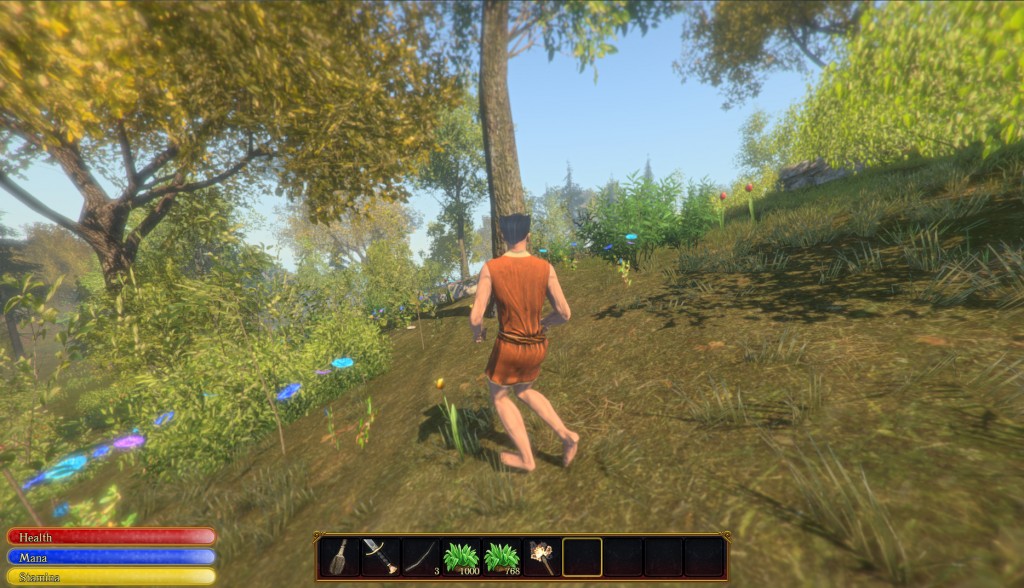 I know I speak for everyone involved with Realm Explorer when I say that we’re committed to making the best game we possibly can and we’re grateful for the encouragement and support we’ve received from many of our fans. We’re proud of what we’ve accomplished so far and hope that everyone enjoys the final game as much as we’ve enjoyed making it. For more videos from the gameplay follow the links: Water System Preview Cave Environment Preview Cotton Preview Realm Explorer is currently available for download.It is still in the alpha phase and can be purchased directly from www.RealmSource.com
Tags: Showcases
Social Shares