Are you a fan of the Heavy Gear series? Today we will present you the team behind the latest epic episode of the series: Heavy Gear Assault by MekTek Studios.

For those who are unfamiliar with the series, Heavy Gear is a vast RPG setting that is richly detailed in over 70 books.The name “Heavy Gear” comes from the famous humanoid combat vehicles (Gears) used by the military forces in the setting.

Heavy Gear Assault focuses on one quite neglected aspect of the series- the most popular sport on the main planet (Terra Nova), namely Gear Dueling. Dive into a world full of competitive combat where machine and skill collide in mechanical mayhem!

We find it quite curious that the team is releasing Heavy Gear Assault in modules. This strategy allows the development team to focus on accomplishing and polishing a specific set of features but not on all the features at once. Also, it will help MekTek gather valuable feedback from their community and achieve amazing user experience through constant iterations.

At the moment, Heavy Gear Assault is at second round of closed Alpha. MekTek has almost completed the first module (most of the combat mechanics) and soon will move on to the second one. All who want to get the game is that Heavy Gear Assault switched from crowd funding to early access which means that soon you will have a chance to get hold of it. 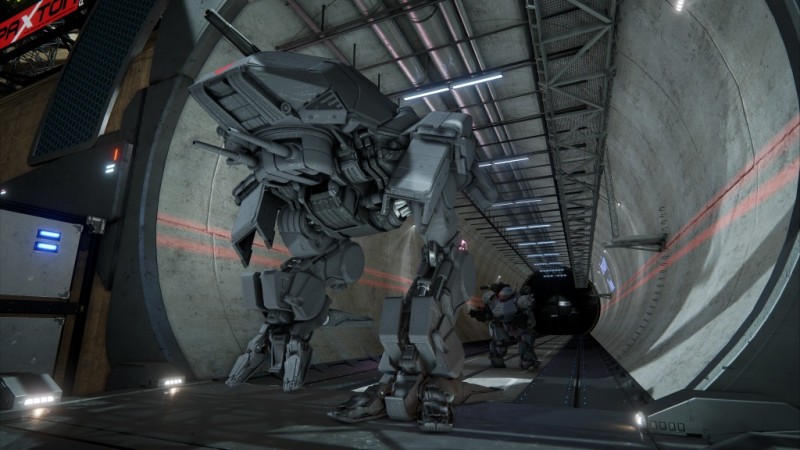 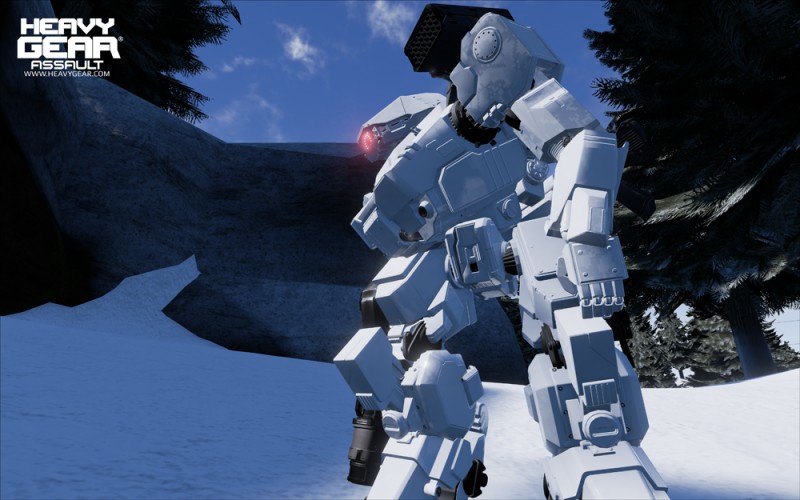 The Team Behind Heavy Gear Assault

The development team behind the game is MekTek Studio, while the producer is Stompy Bot Production. When we first spoke to MekTek Studios about the game we were amazed to learn that they are a cloud-based development studio with roots as a community-based mod team.

What does that even mean? The cloud-based structure means that the team members are situated in various locations. The reason behind such a non-traditional structure is that it allows for flexibility and huge talent pool of designers and developers.

Why a community based mod team? The roots of MekTek Studio originate from Mechwarrior 4 and the series of MekPak Mods. Many of the best talents from the MekPak’s community are now working on Heavy Gear Assault. 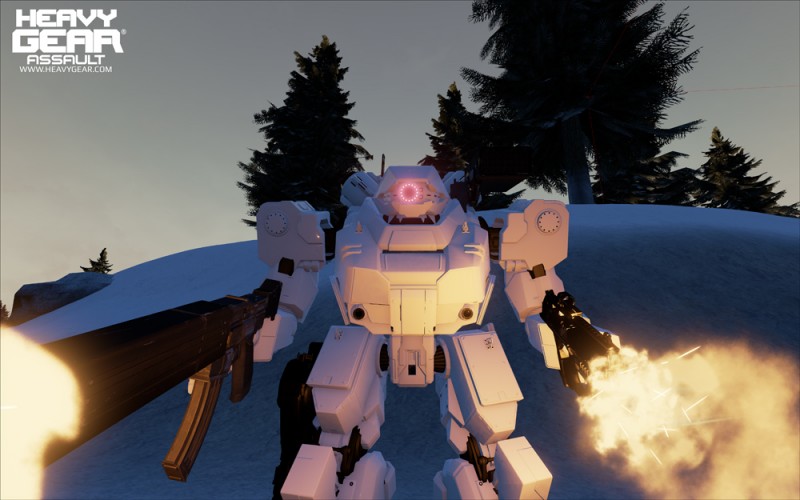 How did MekTek decide on their UI system?

MekTek was looking for a flexible solution which would help them save time and resources. Coherent UI turned out to be a good match as it’s easy to use and tremendously reduces iteration time. For example, the UI designers in the team managed to prototype most of the UI only by using text editor, web browser, and popular JavaScript libraries. 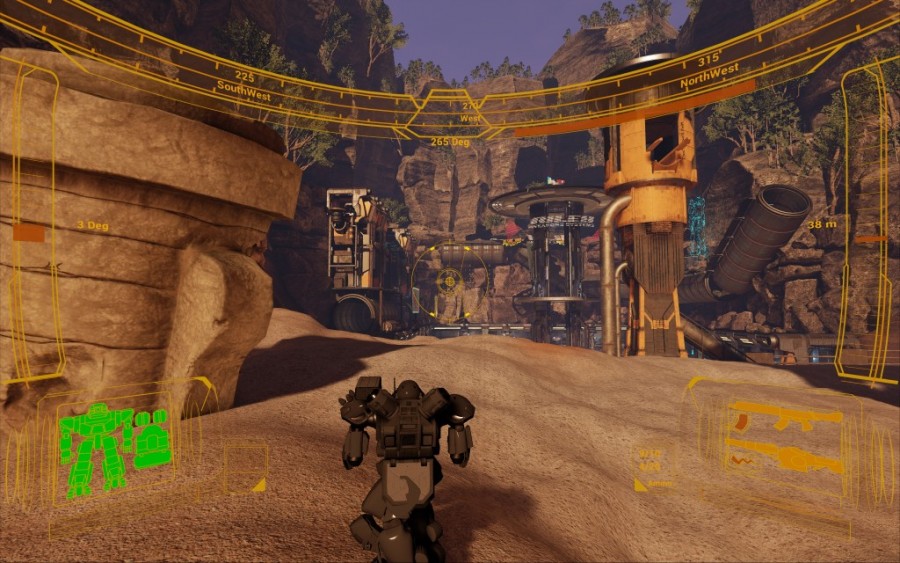 “When we started with the project and we had to decide on which UI toolkit to use. We wanted something that is easy to modify and generalized so that we can suit it to our needs. At first, Flash was our first choice, but since we had team members familiar with HTML5, we went looking for a UI toolkit for games based on HTML5 and found Coherent UI. We liked what we saw. Coherent UI had everything we were looking for.” 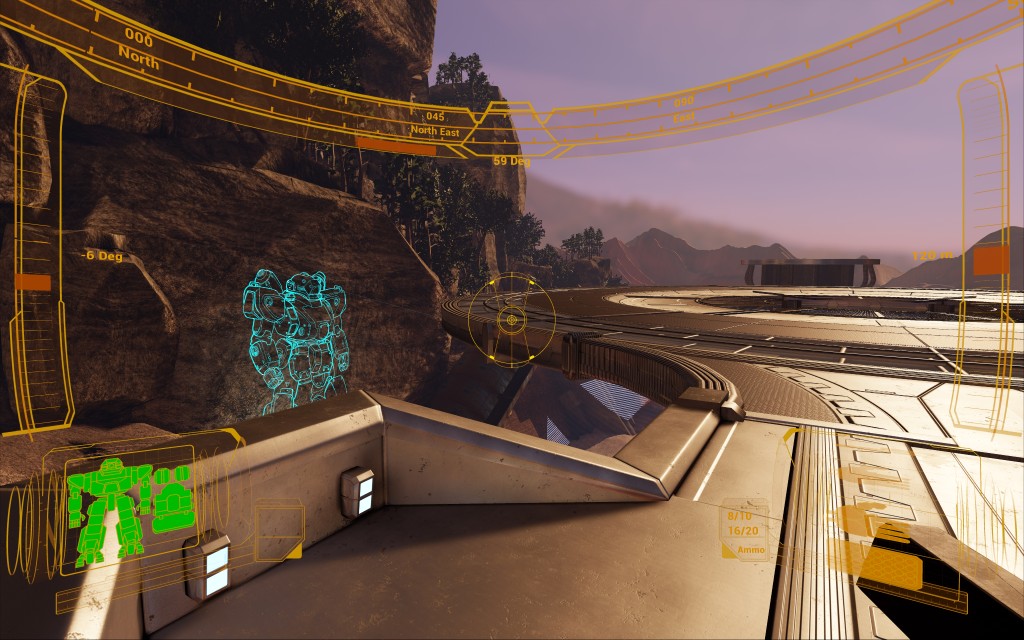 Why are we so excited about the game?

The vision of the team behind Heavy Gear Assault does not end with the release of the game. They want to turn it into a massive tournament where players compete for rank, standing and prizes. The largest achievement will be to play at the finals and be crowned for a World Champion!

Here is what John Nguyen (Stompy Bot’ s Vice President) shared with us: “We are going to create tools to enable broadcasting of the games and commentaries over a whole host of platforms, including mobile. The vision is to elevate the game to the level of a pro-sport, where the players are the athletes.”

There is even more! In addition to a robust multiplayer suite, the base game of Heavy Gear Assault will include single player story episodes that take the player back to famous battles in Heavy Gear history. The first single player episode has already been confirmed and will be based on a military setting.

Last but not least, check out the gameplay:

We are proud to be MekTek’ s partner for this amazing game and can’t wait to see how Heavy Gear Assault is going to evolve. If you would like to learn more or get in the closed alpha visit the Heavy Gear Assault website: http://www.heavygear.com/